Write What You Know Part 3

The game is up. I drive a Prius. Yes, you can laugh all you want, but who wins at the fuel pump? (Haha!)
If you've read the book, you'd know that there are 2 Prii (yes, that is the plural) used in the book. Originally, this was simply because I thought they were interesting, unique cars, and they gave Mitch something to bounce off in terms of character development. However, in the original draft, something was off-in 2011/12, and until September 2013, I had never stepped inside a Prius, let a lone driven one.
So, the first draft was still happening when we bought the car (the first draft wasn't done until November 2013), and I'd forgotten (consciously at least) that I had written about a Prius. But for some reason, I wanted to buy one (how cool-I am such a nerd). And, during the second draft...
Yikes. I did not know how a Prius drove (for one thing, I made a comment about how loud the engine was... what was I thinking?) or how they worked! So some sections needed extensive reworking to make them a little more realistic! But now at least it's accurate.
All that was an accident. But it just shows, that sometimes, writing what you know can stop embarrassing illogical moments in your story, even if people accuse you of  being 'afraid' of trying something different.
Do you write from experience?
Until next time,
DC
Posted by Unknown at 6/21/2014 06:33:00 pm No comments: Links to this post 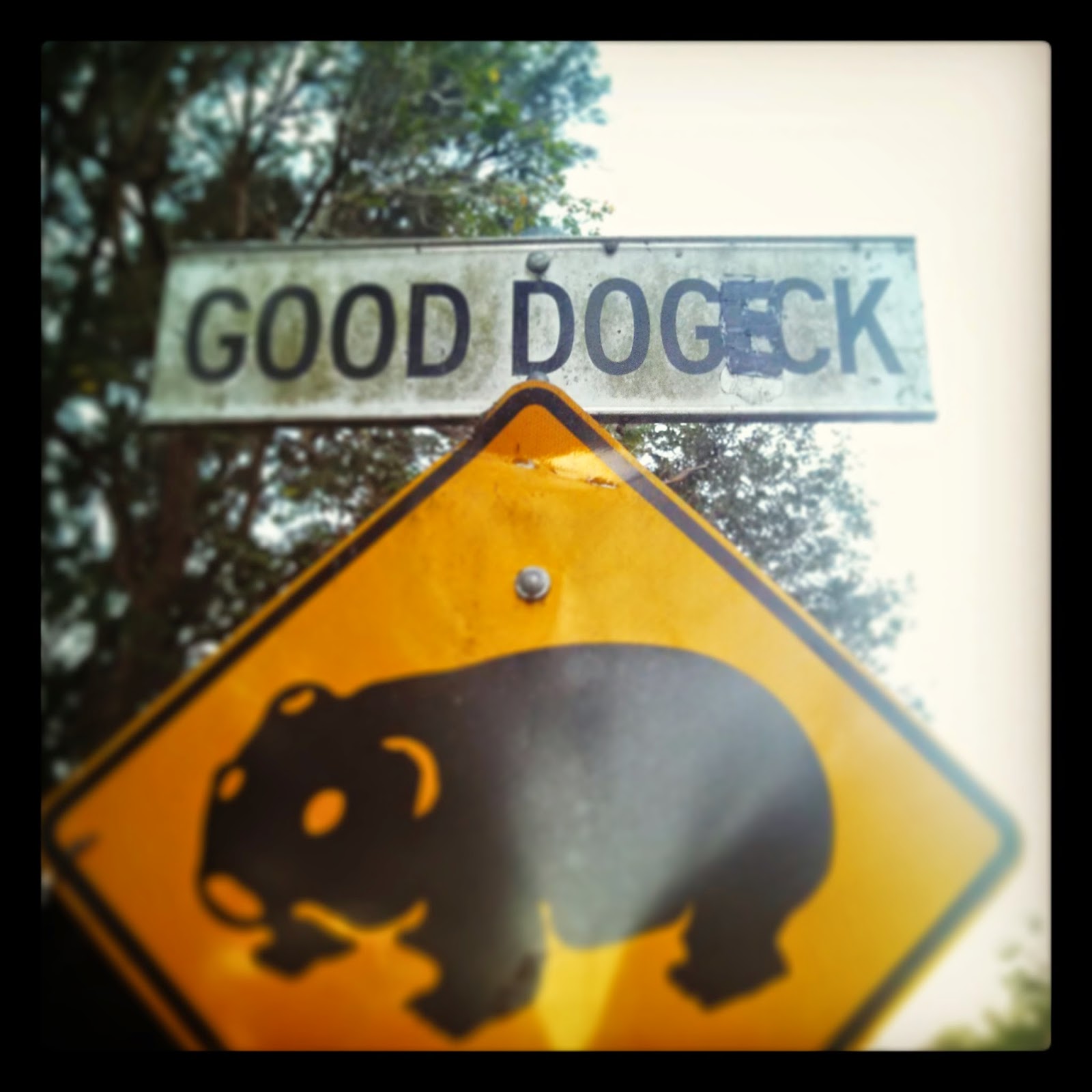 Well well! First off, is the sign for the creek Ryan sees the children, who are suspicious of the house, playing in... though someone has decided it wasn't 'Doge' enough!
Secondly, here is an image of the article in the Illawarra Mercury. I want to include a link, but as of yet, it has not been uploaded on their website!

What do you think?
DC

Write What You Know Part 2

Hello!
In the last post, I was talking about characters. This time, I'll give an insight into the locations used in the book.

If you've read the message from me at the back of the book, you'll know that I live in Cambewarra, which happens to be one of the locations mentioned in the story (and is where the haunted house that has been rigged up is). Now, I had someone say to me, before I published the book, "If it's not set in the US, nobody will read it. You have to set it there."

Okay, firstly that's not true (and if it is, people an just deal with it). Secondly, I have never been to the US. Ever. How on Earth would I be able to write a realistic story set in the US? For one thing, I have no idea about how feet/inches/miles work, so straight away I'd sound like an idiot.

So I soon realised that I need somewhere I knew (as I already explained, it's much easier for me to write when I have a base for things. By using real places, I don't need to worry about building my own worlds and being consistent with it, as all I need to do is look at a map to double check myself) really well.
That's why the Shoalhaven is features so heavily (Maybe the council should sponsor me to promote the region?). The Haunted House can be seen (sort of) on Google here. In the 3rd trailer, that's the haunted house again! So that's where that idea came from.
The railway line into Canberra was a little trickier to get right, but using some extensive Google Maps again, I figured out where the sidings were and attempted to establish a realistic distance and even a creek that Josh could jump into!

The best part of it all is that to people that know the areas mentioned, they're interested as it's a place they can relate to. To anyone else, for all they know, Nowra is a made up town, like the one used in Tomorrow When The War Began.

So, my message again is-write what you know! If I was going to do the book again, the locations certainly wouldn't be something I'd change. Not only are they unique, but as one reviewer said, they really are a nice representation for the entire globe.
Do you like writing about things you know? Or are you one of those who can make up crazy worlds in their heads?
Don't forget to join the mailing list (Epilogue mailing out this month!)
DC
Posted by Unknown at 6/03/2014 05:13:00 pm No comments: Links to this post

This is the official blog for Stories of Earth: WWIII, the 2014 Australian Sci-Fi action adveture novel by Dimitrious Charles. Follow for insights into the book, writing tips and some exclusive content (or if you're not a blogger head over to one of the various other social media sites!)

To be the first to hear about new books and stories from Dimitrious Charles, subscribe here (No spam-I promise!) You'll also get access to the epilogue cut from the final version of the book.